XP metal detectors have just released their new range of search coils called the X35 to compliment the XP Deus, in total you now have the choice of 5 coils ranging in size and frequencies to suit a wide range of hunting requirements.

Many have asked why bring out the new X35 coil when the HF coils have only recently been released.
The HF coils had originally been designed for more specialist applications…Such as finding small targets in highly mineralised soil, fortunately for us they are deadly on a far wider range of search scenarios all over the world based on your excellent feedback and success stories.

The X35 coils are really just another stage in the ongoing Deus development, these coils have been designed to take over from the original black coils, just like before they are more of an “All Rounder”.

The X35 13 x11” coil really impressed us on our test bed.
We dug 2 channels in the face of the bank at depths we considered to be bordering on “Achievable”.
Using 4Khz in boost mode the Deus managed to get a 30mm copper coin at around 14” underneath un-disturbed soil, even with the coil raised above the ground another 2-3” it still gave a repeatable signal despite some EMI from a nearby train track, when we tried the original 13 x 11” coil the coin could be located but the signal was noticeably weaker. 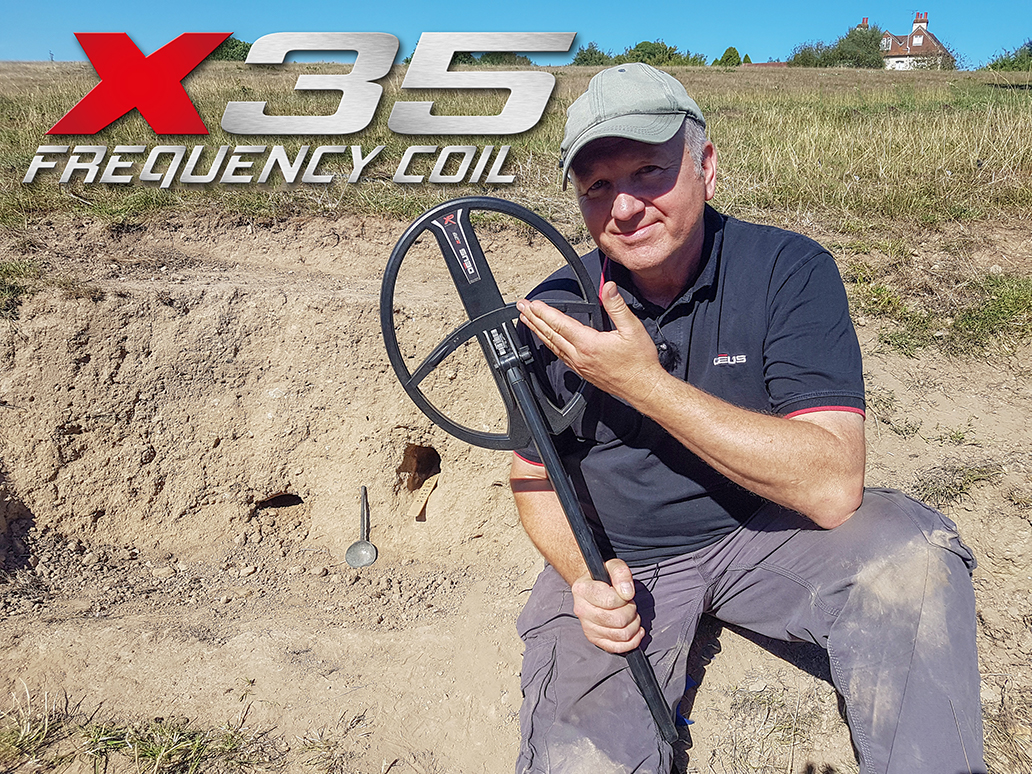 As many of you know I am not a massive fan of static tests, but the “channel” method used is far more conclusive than simply digging a hole and throwing a coin into the bottom, just like we see so many times on video reviews.
14″ on a coin and 17″ on a large spoon, perhaps you don’t think that is impressive, trust me it is, considering the ground was quite mineralised and as you can see it was very hard packed. 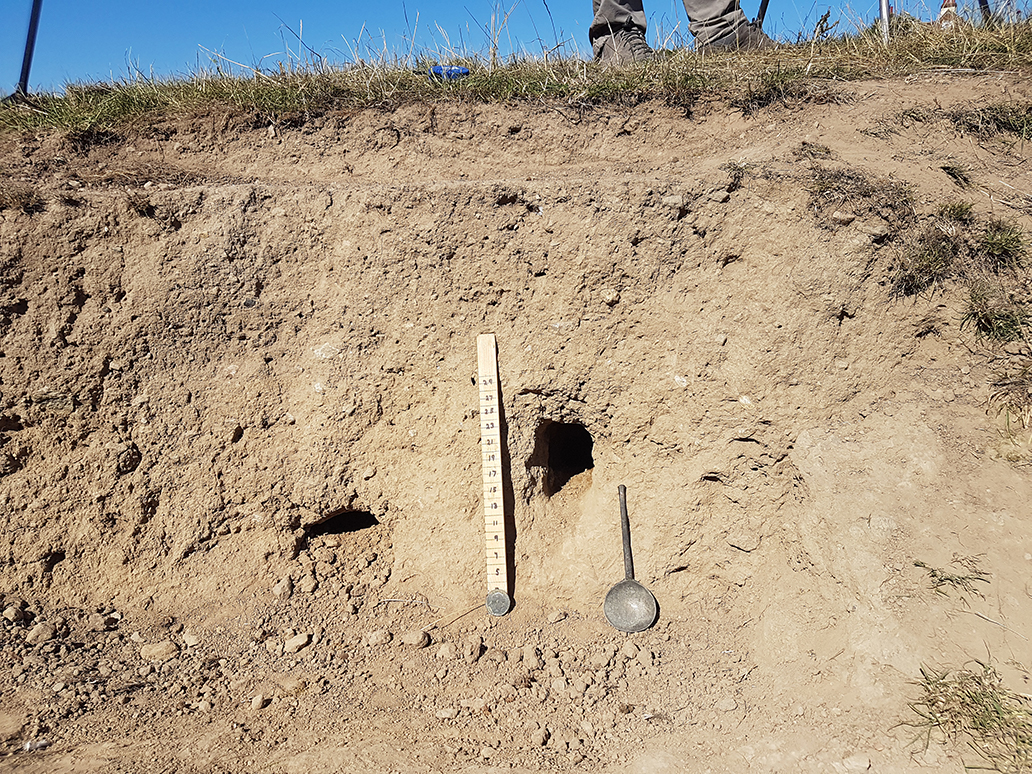 Perhaps if your soil is less mineralised with less contamination you will get an even better result, for me this was a confidence booster as I know this land very well and can confirm it’s hard going.
Just as a foot note we tried some other machines on this test bed and the Deus gave the cleanest signal, one machine in particular gave no signal, which surprised us based on the media attention it has been getting.
How would I sum up the x35 coils
If you are buying them expecting the boost mode to take you to depths beyond belief, then you will be wrong.
I noticed stability is better allowing you to hear quieter targets apart from that many will find it is very much like using the older type coils.
Very soon all Deus will be sold with the X35 as standard.
In a word the X35 coils are EVOLUTION rather than REVOLUTION.

Here is the video review of the X35 coil
Thanks to Stuart for doing a great job on the filming and editing.

One Response to "Deus X35 coil – The real deal"