Here is a short article we would like to share with our XP brothers over in the USA
It was just another weekend in the mountains, like many others before. We decided to go for a ”light hike”, in other terms…Detecting with our XP Deus!

In our metal detecting group we very often refer to a term known as “The10cm rule”, meaning that sometimes you only need to be 10cm outside your path to find something incredible and change the outcome of a quiet day; and so it was to be on that Sunday morning. 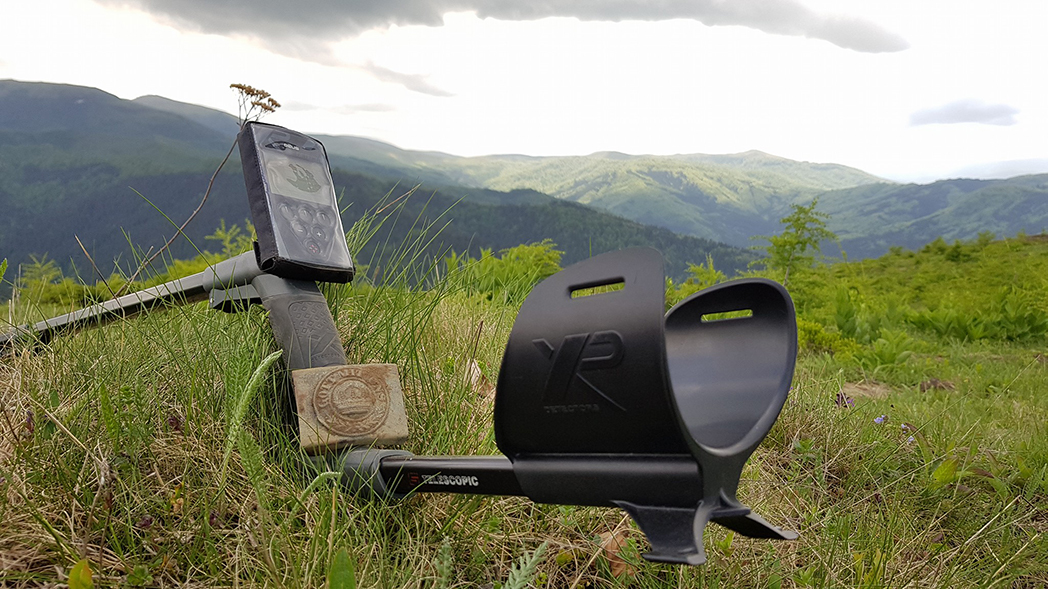 The area has a rich WW1 background, being the theatre for very heavy clashes between Romanian and Austro-Hungarian Armies.

There, we’ve found an infantry bugle, most probably Romanian (being very similar to the Austro-Hungarian one). This was not the first we found, but it always gives a warm feeling when finding one, and thinking that the last time it sang in the middle of a battle. After reaching the mountain top, we found ourselves in a large plateau, directly exposed to the sun. It was a place we had previously scanned, so we decided to search just outside of the perimeter, we put our Deus’s on the Fast program, combined with a fast walk, our plan was to quickly locate some new hot spots. 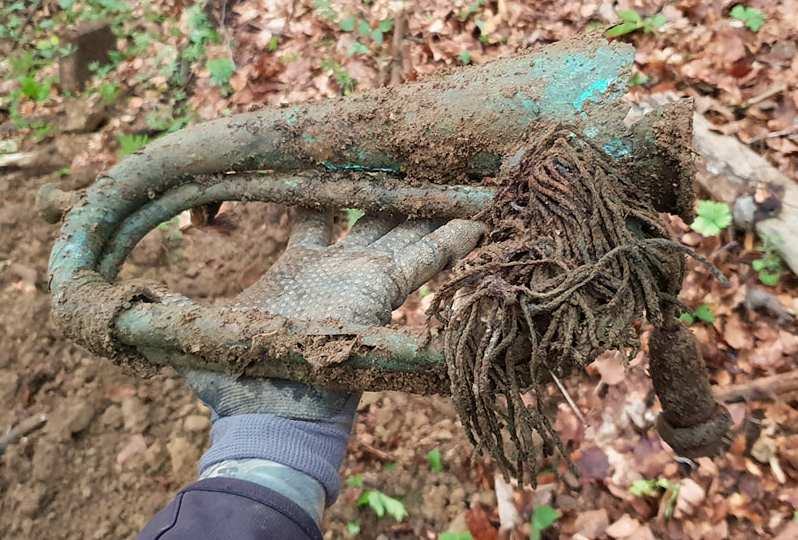 At some point, one of our members found a small medicine metallic canister, German made and pierced by a very tiny splinter.
Not far from it, we recovered 2 Prussian decorative crests for the Pickelhaube helmet , both damaged and left behind. We concluded that spot must have been a garbage pit, filled with damaged and un useful equipment. 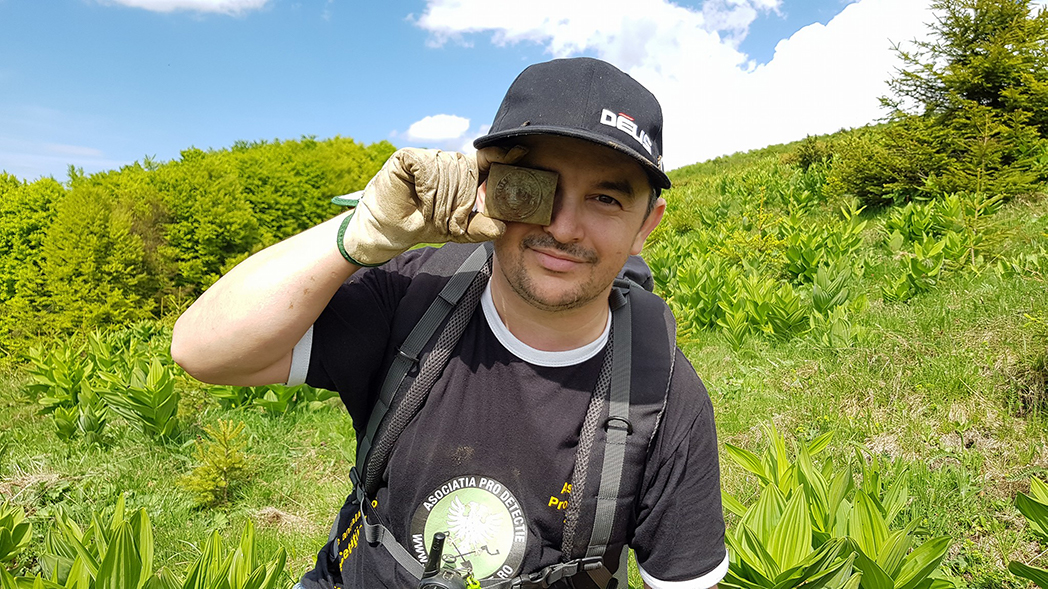 From the same 10x10m area, a German belt buckle came out, an unmarked wine bottle, and the remains of a third pickelhaube helmet. Once again, the Fast program was very helpful in order to skip the iron and locate the good stuff around it. We used a moderate discrimination, also considering that during militaria prospecting, most of the time your targets wouldn’t be very small, you’ll ”hear” them anyway, so the discrimination would more likely clear the in between iron noise, generated by smaller iron parts. 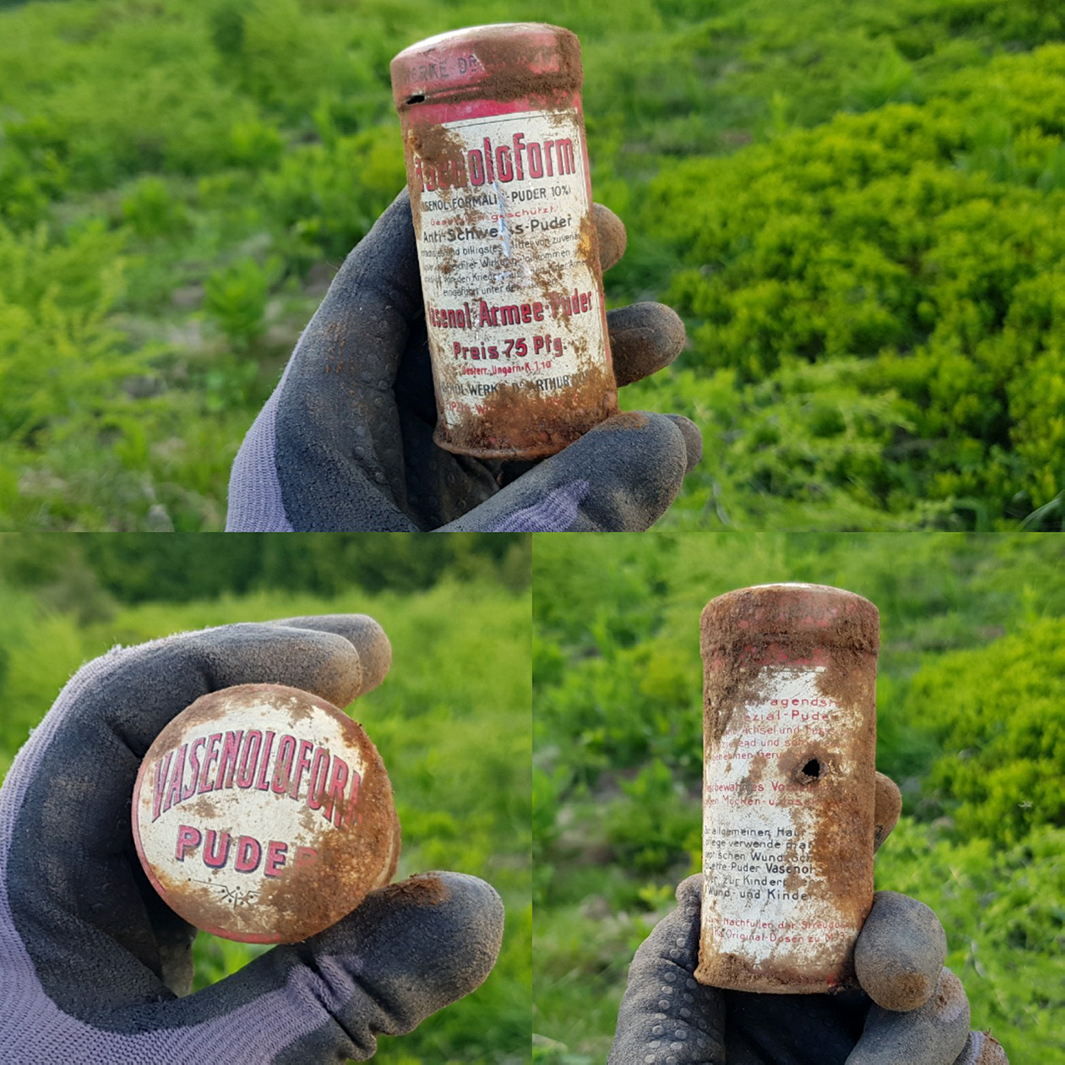 Very near me, a friend caught a very high and stable signal; I could hear it through his Ws4 headphones, it was a silver pocket watch, lying for 100 years near the edge of the road, where a line of defensive trenches were originally located. We managed to open it, everything was in good shape, marks and mechanisms were still visible.

Once again, for us it was essential to have light and fast equipment; we’re talking about an average session we would carry up to 4l of water for your own need, and sometimes. Even that’s not enough, because the effort is considerable, especially when the digging at high altitudes and in open spaces, directly under the sun.

Some of the discoveries were donated to the local museum of history, in order to be included in a future exhibition dedicated to the WW1 Centenar.

As always, the Deus did the job! Thanks XP! Nihil Sine DEUS! 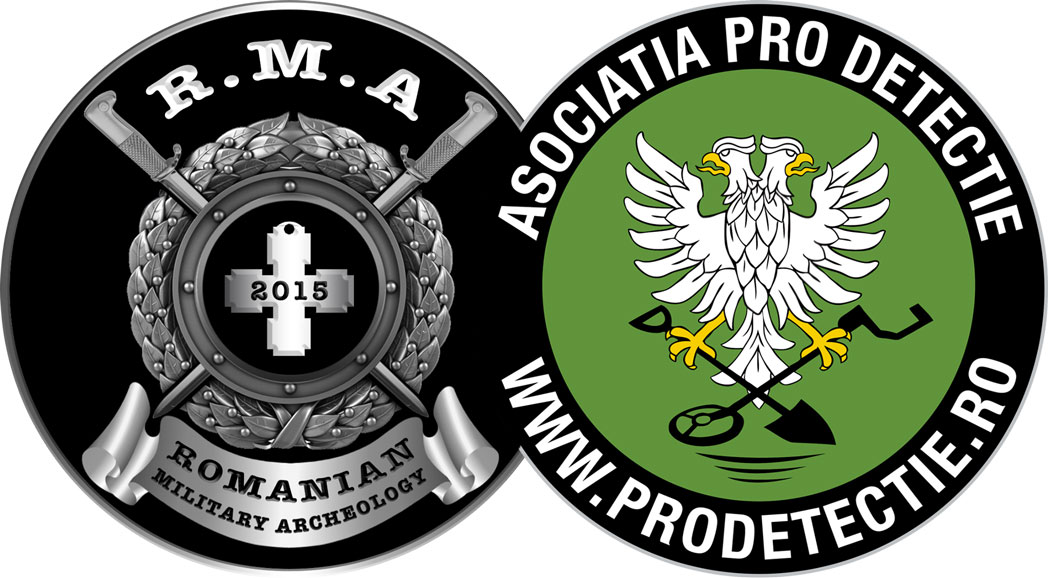