Alan Carpenter and I, a/k/a The Minnesota Beach Boys, attended the Minnkota Artifact Recovery Group’s 20th Anniversary Open Hunt in Grand Rapids, North Dakota on June 1 & 2.  We had a GREAT time camping, visiting with old friends, making new friends, finding lots of coins and talking with XP users and those interested in and considering buying a XP detector.  There were 7 seeded hunts, a bean bag toss for silver coins, a dowsing contest for a silver dollar and Bingo for Morgan dollars along with raffles for coins, detecting gear, a treasure chest full of detecting gear valued at $400 and 6 detectors.  There were over 10,000 coins planted over the weekend.  I helped plant a few thousand myself.  There were 80 Hunters along with their family members resulting in well over 100 hundred people in attendance.  There were attendees from several states and Canada.  I personally talked with treasure hunters from Minnesota, North Dakota, Iowa, Wisconsin, Kansas and Saskatchewan, Canada.

As luck would have it, Alan had detector problems shortly before the hunt.  He sent it in for repairs and it would not be back in time for the hunt.  The scramble was on to find a XP machine Alan could borrow for the hunt.  A good friend of Alan’s from Wisconsin was coming to the hunt and let Alan use his Deus.  They tease each other about the Parkers and the Vikings all the time.  They made a bet that whoever got the least amount of coins would have to wear the other teams helmet this fall.  Well, let’s just say Alan won’t have to wear a Packers helmet.

Dave D. sent me some XP hats, shirts, stickers, patches, headphones and a MI 4 pin pointer to donate for prizes and to give out to XP users.  We worked with Hunt-master, Jeff Kehl, to plant some XP tokens in a hunt.  The main prize was the MI 4 and we put together a hat, T-shirt and headphones for second and third place prizes.  The rest got XP hats, and of course everyone got XP Team USA and MN Beach Boy stickers. The gentleman that won the MI 4 was a first timer at an organized hunt and he was just getting into detecting and really needed a pin pointer.  I visited with him and his wife later and he was so happy and appreciative to have won the MI 4.  He told me he was sure he would do much better now that he had a pin pointer. He and his wife both thanked me.  I told them I was just there representing XP and that I would pass their “Thank You” on to XP for them – so thank you XP.  It was perfect to see the one guy that really needed the prize, win it.

On Saturday evening we had a guest speaker, Terry Shannon.  Terry is from Minnesota and winters on Florida’s Treasure Coast where he’s well known for his amazing treasure fines and for being an all-around nice guy.  He shared a wealth of information about tides, currents, what to look for when selecting a beach to detect.  He told many amazing and amusing stories of his treasure hunting exploits.  He had a large display including several hundred gold rings, Spanish silver coins, brass spikes and lead plating from ships, pieces of china and pottery.  He had musket parts from a ship he and a friend made a dive on that was loaded with crates of muskets that was sunk in 1776 during the Revolutionary War period.  He said there were hundreds of muskets but the wood just disintegrated.  He had a display of Civil War artifacts, including a U.S. buckle.  I mention that because a Civil War U.S. buckle is on my bucket list.  Terry has several videos on YouTube, has been in Gold Prospector magazine and has an email following who read the treasure hunting stories he writes.  Check him out on YouTube and sign up for his emails.

I’ve been going to this hunt for 10 years and have been a member of the club for 5 years.  I’d like to share a few personal experiences from this year’s hunt that were special for me.  For the last several years I’ve made it a practice to bring some items to donate as prizes to make the hunt just a little bit more fun. I don’t tell you this to brag, it’s because I’m a big believe in ‘giving back” or paying it forward.  This year I donated 2 Wheat Cent folders, 2 rolls of wheats and 2 sets, P,D,S 1943 Steel Wheat Cents as prizes for the kids hunts.  We also put together an XP hat, a set of headphones and a Steel Cent set prize for the kids.  It was a great joy to see those kids faces light up when they got their prize.

In the main XP prize give away a young boy named Ethan found a XP token and won a XP hat.  He was happy to get his hat and he put it on right away.  The next morning before the hunt I seen Ethan and his dad getting ready for the hunt.  Ethan had is XP hat on.  I walk over and chatted with them for a minute and told Ethan he needed a little something more to go with his hat and I gave him a set of the 1943 Steel Wheat Cents.  He was very polite and thanked me.  Later on we had finished the Dollar Dance hunt and were walking off the field when I ran into Ethan and his dad again.  I had to ask him how he did in the hunt.  He was quick to pull out the 4 gold Presidential dollars to show me and he said “I did real good”.  I high fived him and told him Congrats.  Then it hit me, I had dug 3 of the big Ike dollars, so I told Ethan, I think you need a Big One to go with those and I gave him an Ike dollar.  I can’t say he’s going to run out and buy a XP detector, but, I bet, judging by his smile, that young man will have an interest in coin collecting and metal detecting for some time to come.  For me, the memory of Ethan’s smile is the most valuable prize I took home from the hunt.

We’d like to thank XP Team USA for the opportunity to represent XP.  We found that many detectorists were interested in talking with us about XP detectors, even if they didn’t have one.  We look forward to networking with more like minded people in the future.

We will be attending the hunt in Wisconsin the last weekend in July.  This will be my sixth time there and it is also a great hunt.  Bring your kids or grand kids as they have the best Kids Hunt I’ve ever seen and it’s free.  As it looks now my wife and I will have one, maybe two of our grand kids with.  Hope to see some of you there.  Blessings, Jim Kochevar 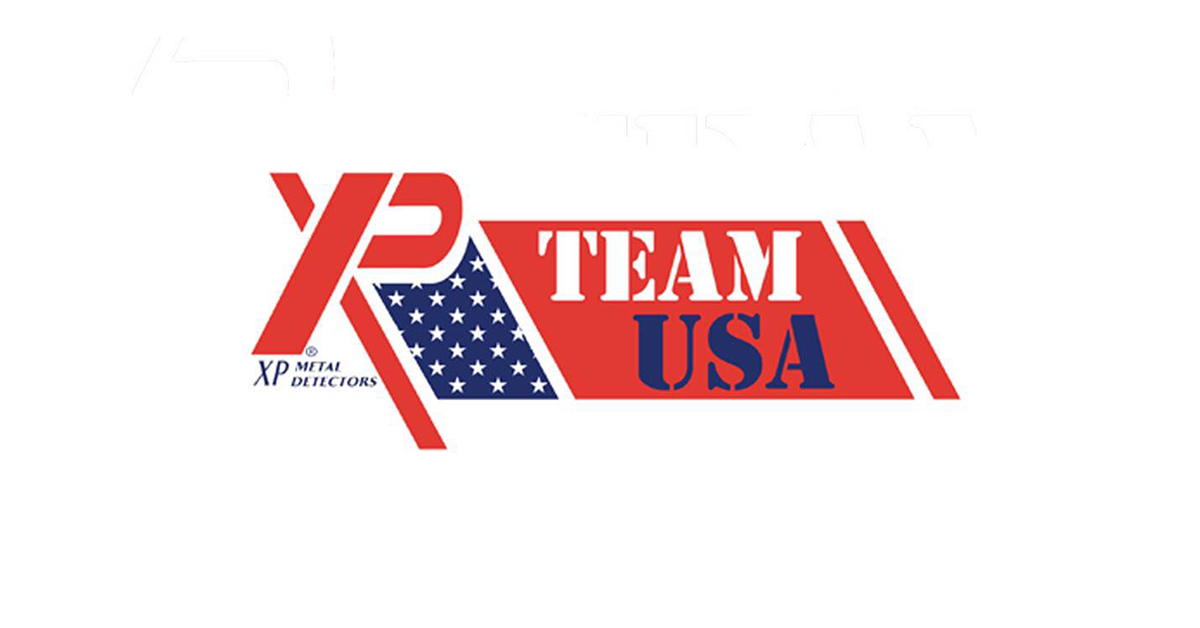