I know what you are about to read goes against everything we’ve been taught. Many Deus users, including myself, have read Andy Sabisch’s book, The Deus Handbook, or watched Gary Blackwell’s instructional videos. Some of us have turned our yards into test beds like Calabash Digger, while others hit the fields to fine-tune their programs. We all have different detecting techniques and come from different areas of the world, but there are a few principles we mostly agree on. Low frequencies favor large deep targets, while higher frequencies can squeak out smaller targets, at an arguable loss of depth. A low reactivity setting gains depth, but cannot reset itself fast enough to hit on every small target in close proximity to each other. A higher reactivity, on the other hand, allows the Deus to identify targets much faster, even when they are close together or amongst iron. There is a trade-off however. Noticeable loss of depth can occur when using re-activities of 4 or 5. I think we can all mostly agree on that. Are you with me?

Recently I had an opportunity to join friends on a detecting adventure in England. I had never even left the United States, but I knew some of the best relics in the world came from the depths of the United Kingdom. I was excited to say the least. Ten of us, from across the US, and from all walks of life, assembled in England to recover relics. Eight searchers brought their Deus, and thankfully two members each brought a spare. One of the other brands of detectors met an early demise, and forced its owner to borrow a spare Deus. Now there were nine XP machines in use, searching the fields. These fine men and one lady were all great detectorists – some of the best I have ever hunted with. They all knew much more about detecting in England than I did; many had been there a half-a-dozen times or more!

On one day, early in our 12-day excursion, we all spread out in hopes of finding something spectacular. Most of us carried radios so we could alert others of our finds, and zero in on the hot spots. During the first half of that hunt, I heard some amazing finds being announced from my radio, and many of us gravitated to those areas. I hadn’t yet given up on my secluded area of the field, but I’d only found a few buttons and musket balls. I noticed that six people had concentrated in a particular area, and it was obvious that one guy was really “gridding” it. After my brown-bag lunch and one of those delicious toffee-apple English ciders, I headed back to the area, near where I had previously hunted. I noticed that most of us had scattered out again, including some of those that had hunted the “hot-spot.” Only a few remained there, but the one guy was still gridding away.

By now, finds coming across the radio had ceased, I had taken another break, drank another cider, and there were about two hours left to hunt. So, I sat there contemplating with one of my friends, Mike, who had all but given up on the rest of day. He had found a nice Roman coin earlier, and now sat with a cider of his own. I was tempted to stay with him and crack open another one, when the idea hit me. Ninety percent of us were using the same equipment, with 11” coils or larger, and my 9” round HF coil was in the van getting lonely. What could I do to salvage this day? I stood up and announced to my friend, “I’m going to switch to my small coil and pull a sceat from that area they had gridded and since abandoned!” I really didn’t expect to find a sceat – I just wanted to say something shocking, and that was the rarest coin I could think of. Figuring I was drunk, Mike wished me luck and told me to tell him if I found anything, and if not, he was going to stay. So, I switched coils and headed back out.

On the way to what I had labeled, “the hot-spot,” I passed a guy that warned me that there was nothing left over there. Challenge accepted! Besides I had a huge proclamation to live up to. There was a ton of iron in this field, and my plan was to find one amazing thing someone had missed. While setting up my machine I chose a higher frequency and shifted down to the lowest in its range, 26.6 kHz. My crazy idea was to use a reactivity setting of 1, and detect ultra-slow and precise. I figured depth would be limited at that frequency, and reactivity 1 might get some of it back. But I had never even heard of anybody using such low reactivity; I knew I hadn’t anyway. When I say ultra-slow, I mean taking six-inch steps and really scouring the ground – not missing a square inch! For an hour and a half, I did this and hardly even heard a beep. They had not left ANYTHING behind. Just then my concentration was interrupted by my radio, with the announcement that the van was leaving in 30 minutes. I hoped Mike had not shared my prediction because it was surely not working… yet.

Fifteen minutes later I get a repeatable signal, but not a strong one. It was somewhat scratchy and its VDI bounced between 36 and 43. I always use the XY screen and it showed a nice diagonal line, from the lower left to the upper right quadrant. This told me I should dig it, but it just did not sound right. I should have just dug it, but instead continued to hit the spot from different angles. My friend John passed near me and I showed him my questionable reading on my display. Uninterested he moves on. I was about to as well, but I realized I had spent too much time on that signal to pass it up. So, I popped a plug and swung my coil over the plug and the hole – nothing! I’ve been fooled by deep iron before, and I’m well aware of the iron halo effect, but deep iron usually registers in the high 80-90’s. Instead of moving on, I stuck my MI-6 pinpointer in the hole and heard a very faint beep at the bottom. I dug out some more dirt and confirmed the target was amongst it. I was now on my hands and knees trying to find what my pinpointer kept alerting on. I guess it kept falling between other clumps of dirt but I finally picked up what I thought to be a small pebble. I gave it a little squeeze and half the dirt popped off, revealing a tiny face. I was not sure if it was a sceat yet, but I knew it was old and amazing. I rushed it over to John, who removed the rest of the dirt with a wet cotton ball. We both kind of stood there in amazement. I had found a Wodan Head sceat (Series X; 695-740); a tiny, rare Anglo-Saxon coin from the late 7th century! I ran back to the van to tell Mike that my declaration was fulfilled.

It appeared that my unique strategy had worked and five days later I tested it again. At a different location, finds had started to dwindle and I utilized the same approach. But this time I didn’t call a sceat, but I got one anyhow. Again, that particular area of the field had been pounded, but the 9” round HF coil delivered again. I had found my second sceat (Pada; type III 675-685). Was this just dumb luck? What are your thoughts? 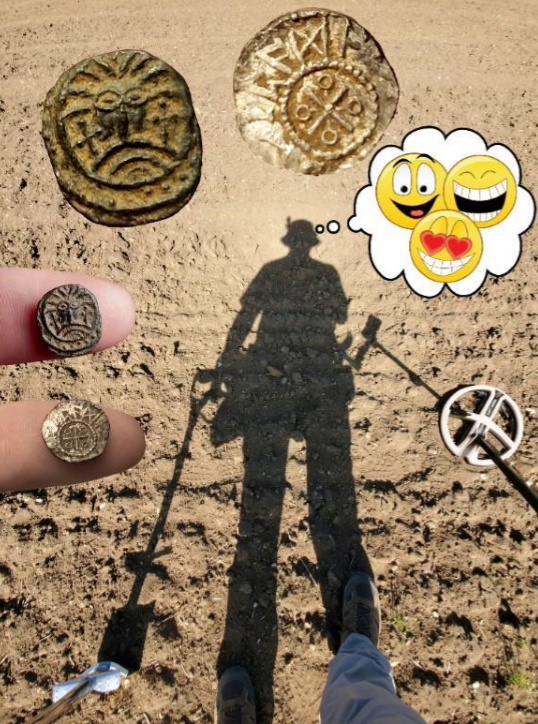 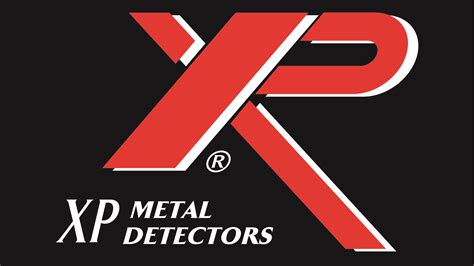